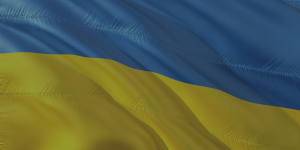 Conflict between Russia and Ukraine has been brewing for months. Financial markets around the world have already had an interesting start to the year. So far, the Ukraine crisis has played a relatively small part in this. But now that it is a full-scale conflict global markets are entering an uncertain and volatile new phase. Which will have implications for investments.

Here are some of the things that could affect your Investments.

Share markets will Fall – but they won’t necessarily stay down for long.
Most major financial markets have been under pressure since the start of the year, and the Ukraine conflict is adding momentum to the drop. This is because share markets don’t like uncertainty. Many investors will pull their money out and put it on the sidelines or invest in things that are seen as “safe havens” during times of conflict, like gold. As money moves out of share markets, share prices will fall.
But history also tells us that war tends to only cause temporary market dips. One of the rules of contrarian investing is to look for buying opportunities when other people are panicking. Warren Buffett, the world’s most successful investor, swears by this approach. It goes back as far as the early nineteenth century when savvy investors such as the Rothschilds made fortunes during the panic that followed the Battle of Waterloo.
This strategy relies on having a good active manager who can spot opportunities when they arise and act quickly to make the most of them. And it relies on investors not switching their investments to more conservative funds when they see markets falling.

Oil – and most other commodities – will go up
Russia is a major producer of oil. The conflict and sanctions will likely disrupt Russian oil exports. Natural gas is a big issue too because Europe relies on Russia for its supply. As a result, both fuels will likely increase in price. Oil is already around US$100 per barrel.
When oil goes up, most other commodities follow. This is particularly the case for food commodities. The added pressure from this conflict is that Russia and Ukraine supply around 25% of the world’s corn, and 20% of the world’s wheat. Russia is also a major producer of fossil-fuel-based fertilisers.
We’ll feel the effect of this in New Zealand too. Dairy farmers have had a record forecast price for milk solids this year. But much of this will be offset by the increasing cost of fertiliser, as well as fuel for machinery, processing and transport.
Increasing commodity prices are a major cause of inflation. And when inflation goes up, share markets tend to go down. One way to mitigate the impact is to invest directly in companies that produce commodities – oil companies for example. But this is likely to – and should – fall outside most managers’ responsible investment policies. Another way, which we use at NZ Funds, is to invest in commodities “futures contracts”. These provide exposure to changes in a commodity’s price without investing directly in the commodity itself, or the companies that produce it.

“Deglobalisation” is likely to speed Up
Since the election of Donald Trump in 2016, there has been a growing move towards “deglobalisation” – countries turning away from cooperation and focusing instead on their own national interests. Much of the world’s economic growth over the past 40 years has been a direct result of globalisation, so this is a worrying trend.

What can people in investments like KiwiSaver do about it?
The Ukraine conflict will obviously speed up deglobalisation. It will have a substantial impact on European trade. And the longer the conflict goes on, other major economies will likely have to pick a side. The United States and Britain are clearly supporting Ukraine and the European Union. But China – historically a friend of Russia – has a less certain position. Sanctions and tariff wars could also create global disruption.
If global trade slows down, global growth will too. This could have widespread effects on all our lives, from house values to exports and the jobs market.

The best-case scenario is that the conflict is quickly resolved, and the world can move back towards some kind of normal balance. The worst case is that it becomes a prolonged war, with global implications. Moments like this are always a good time to remind yourself that KiwiSaver is a long-term investment. You may see changes in your balance. But the worst thing to do is make a decision based on short-term panic. If you are concerned please do not hesitate to contact me.

This post has been provided for information purposes only and is not intended as a substitute for specific professional advice on investments, financial planning or any other matter. Read our disclaimer notice and privacy statement.